Written by Diana B
Updated over a week ago

Search queries on the App Store are less variable compared to Google Search queries. Besides, we don’t use App Store to search, for example, the model of a product or the address of a restaurant, at least until Apple allows in-app indexing.

There are 2 key types of search queries:

Try to recall what your latest App Store search was. You probably entered the name of an app you had learned about from friends or the media.

Users often know how to solve their problems and look for specific apps. Thus, the App Store attracts high-intent users who are further down the funnel in the first place. That is why Search Ads boasts such a high average conversion rate — 50%. In comparison, Facebook ads have to kindle user interest at the very top of the funnel.

They are used when users have no specific goals. Rather, they look for something interesting or inspiring, for example, “relaxing games” or “shopping apps”. 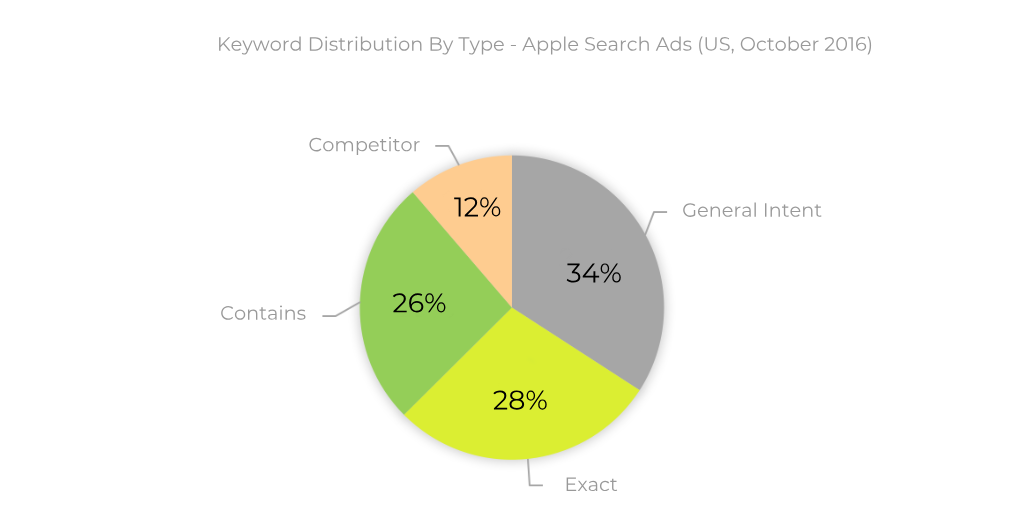 According to AppsFlyer’s initial findings, 66% of all searches include the name of an app or a competitor. Only 34% of the queries are of a general type (discovery-centric).

Therefore, a typical query on the App Store is a 2-word branded keyword.

Did this answer your question?