All Collections
Automation Rules
Automation rules for Keywords
Adjust Bid by Target Metric: How the Bids are Calculated?

Adjust Bid by Target Metric: How the Bids are Calculated?

Written by Diana B
Updated over a week ago

The CPT bid will be calculated by the formula following the metric you specify as your target: 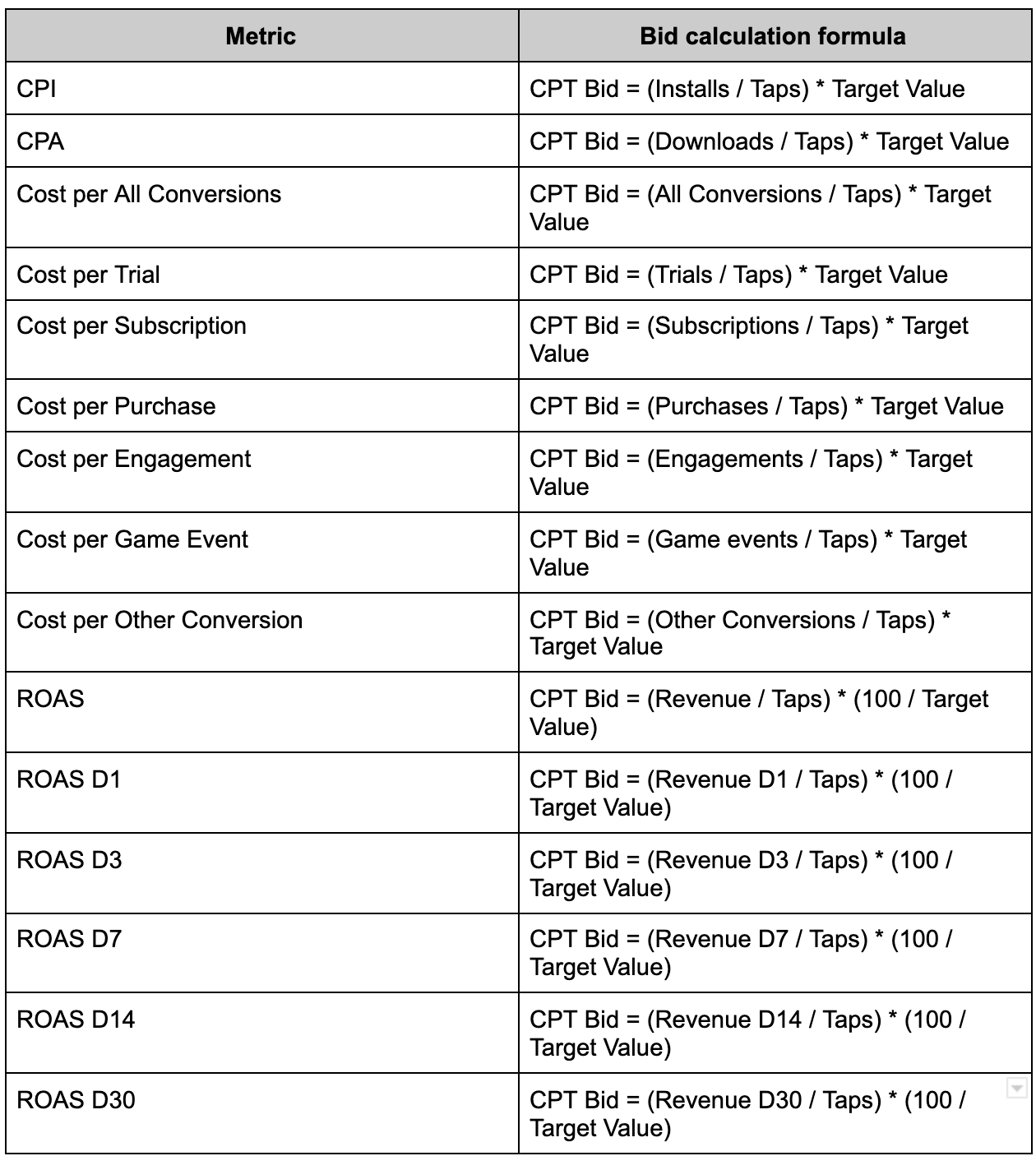 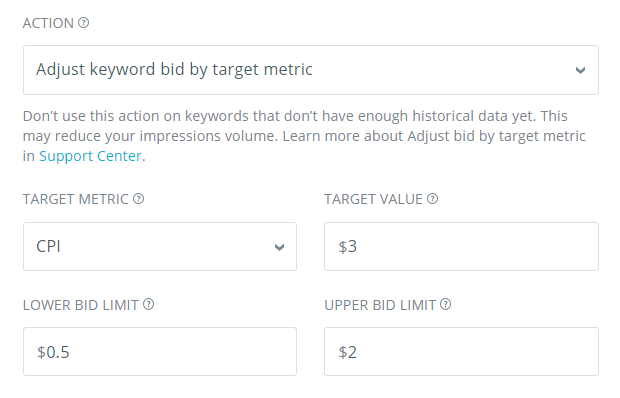 The rule will analyze the data looking back on the Date Range you specified before making any adjustments. Let's imagine the rule runs and finds a keyword has 180 taps and 70 installs for the outlined period. How the bid will be adjusted towards the target CPI?

Did this answer your question?